“LED has played an important role in the overall success of Fluence Analytics. LED has provided many resources and tools that directly contributed to our company’s growth, and I encourage other business leaders in Louisiana to utilize the abundance of resources they offer to promote economic development and competitiveness,” says Alex Reed, CEO of Fluence Analytics. 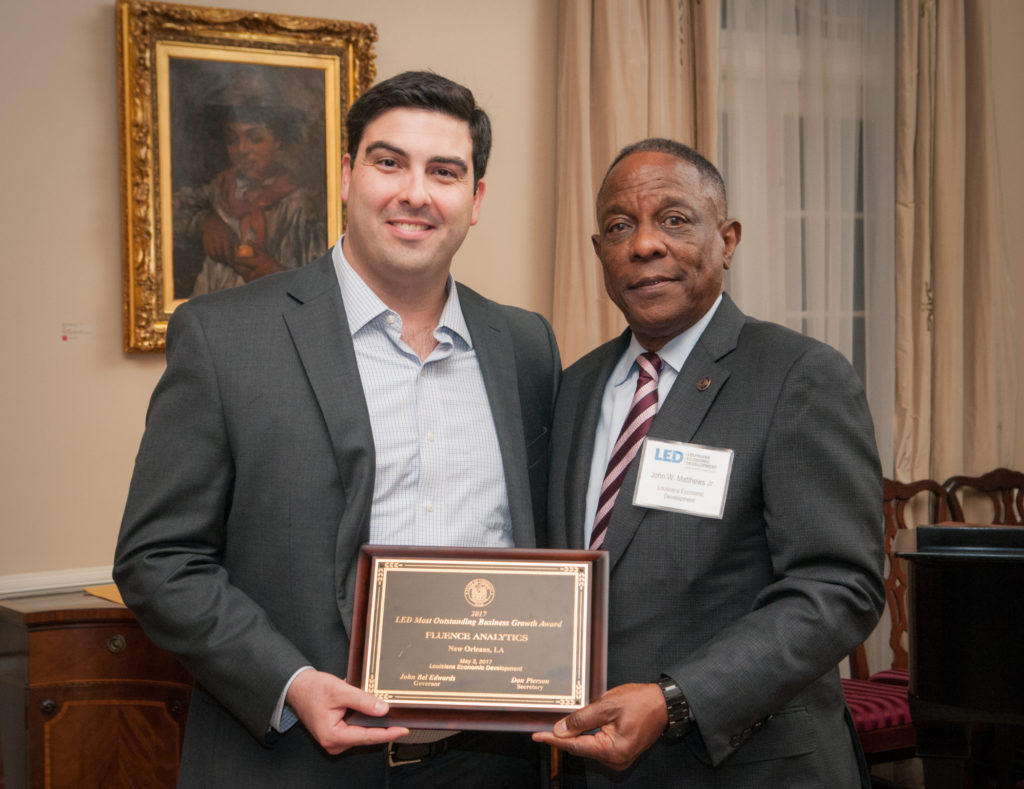 Mr. Reed accepted the award at a private reception hosted at the Louisiana Governor’s Mansion. “We are thrilled to have received this award and look forward to continuing to grow Fluence Analytics in Louisiana,” says Mr. Reed.

The original announcement from LED is available here.